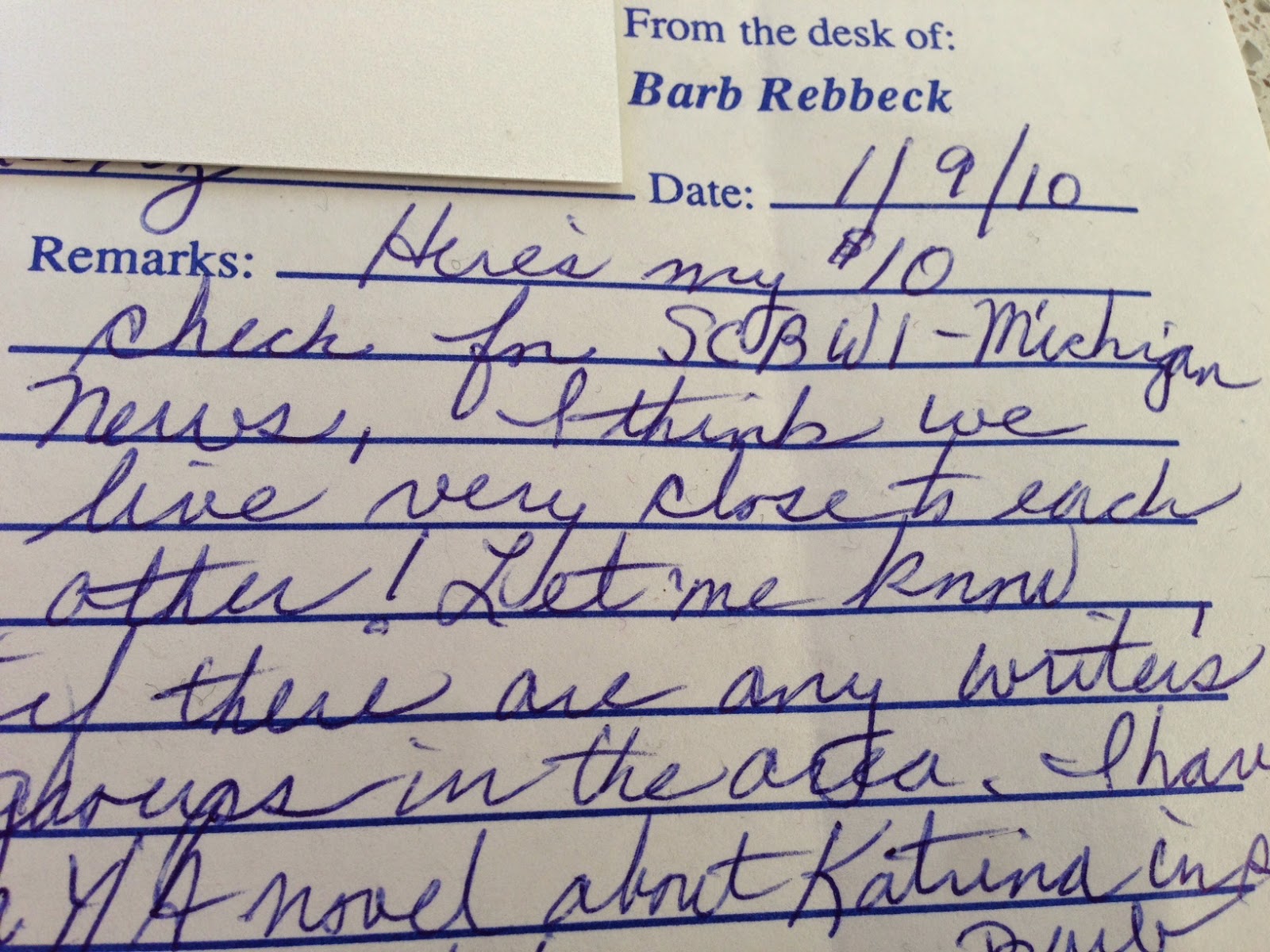 I was cleaning out my office the other day and came across this note from years ago when the SCBWI-MI newsletter was printed on actual paper and mailed out to members who paid for a subscription.
Authors and illustrators often included nice notes and postcards of art with their checks. This note came from Barbara Rebbeck who had noticed that we lived only two blocks apart! We’ve been encouraging each other in our writing and publishing pursuits ever since.
When Barbara told me her YA novel would be published by a small press, I asked her to share her story. Here’s Barbara:
NOLA Gals is the story of two fourteen-year-old girls, Essence and Grace, who are tossed together in the wake of Hurricane Katrina when Essence is evacuated to Houston. She attends the private school, St. Catherine’s where things don’t go well. She walks right into a wall of prejudice. Grace, at first spoiled, and also forced to go to school there because of her poor behavior at a public school, changes as she stands up for Essence. The classic, To Kill a Mockingbird enters almost as a third character when both girls read it and learn valuable lessons they apply to their current lives. 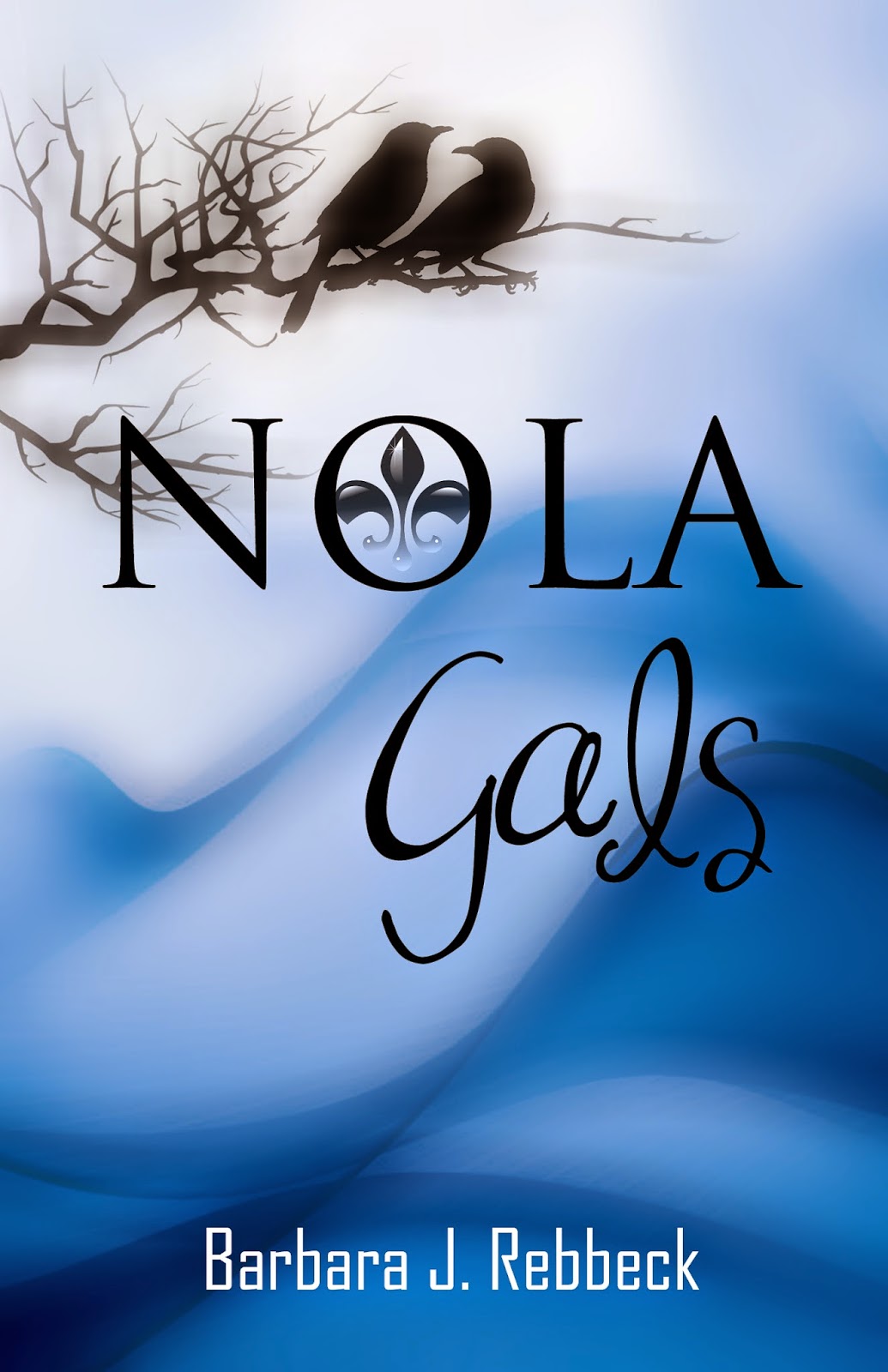 I began writing the novel once I retired from teaching. My brother was very ill at the time, and I would help him out during the day, and then go over to a family cottage at night and write alone. The writing helped me accept the bleakness of the day as I watched my brother lose his battle with cancer.

The first character to make my acquaintance was Mimmi, the stubborn old New Orleans lady. Then she introduced me to her granddaughter, Essence. Next Grace popped into my head, and I knew Hurricane Katrina would soon roar her way into the girls’ lives. At first I planned that the girls would lead parallel lives and never meet, but Essence needed help, and although Grace was an unlikely rescuer, the two soon met in the Astrodome in Houston.

Mockingbird started out as a throwaway summer reading assignment for Grace, but that soon changed. I did a ton of research, actually my favorite part of writing. I have two crates of books, articles, CDs and DVDs that make up the Source List at the end of the novel. I also had four former students relive their memories of first reading Mockingbird for the Afterword. My book partly became a homage to the classic.

I began the novel in 2007, originally hoping it could be a contender for the Delacorte Prize. I was naïve. I started the long slog to find an agent or publisher, a very frustrating five-year quest. I rarely got past the query letter, a format I have grown to hate. My favorite rejection letter began “Dear Author, Please don’t think this is a form letter…”

I was not getting any younger, but I was definitely frazzled. A friend had published her novel with a fledgling small press, Neverland Publishing. She urged me to continue the search for an agent, but the wind was long gone from my sails, and I was ready to go small press. I knew the bias out there, but I wanted to see my NOLA gals in print. Neverland was willing to take a chance on a YA novel with no vampires or aliens or plagues. Publishing with Neverland has been an encouraging experience from editing to release and promo. No advance, however, with a small press, but lots of individual attention.
The most surprising aspect of publishing has been the faith and support from everyone. I wrote the novel in a variety of genres and kept a journal of my writing process in hopes of visiting classes with it. I am already booked in classes before the teachers have even read the book.

What’s next? I have another YA novel about Vietnam that is in revision. Some have suggested a sequel to NOLA. But mostly I will be in classrooms sharing the gals. I am working on lesson plans for the novel that will be available on my website. 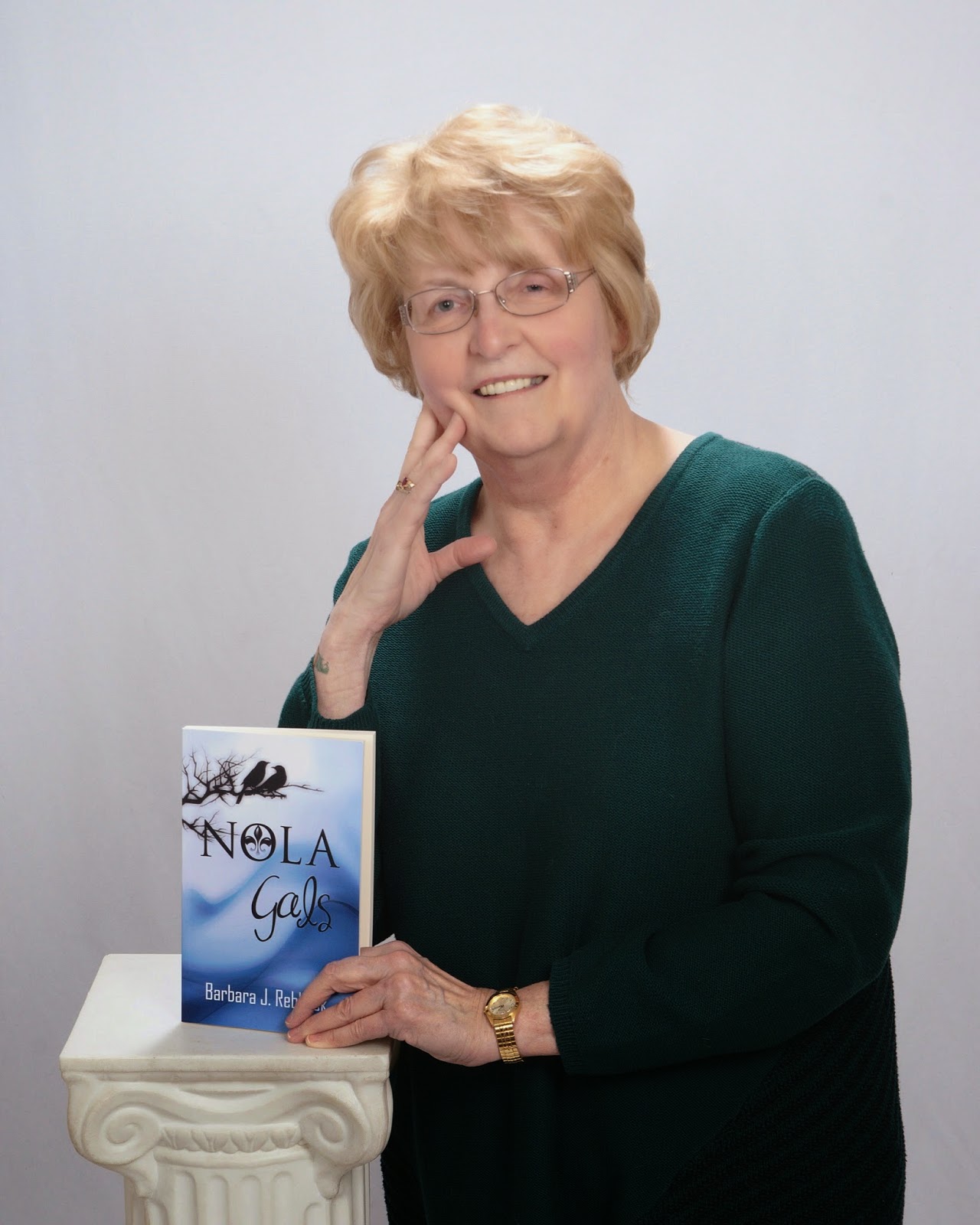 Barbara Rebbeck attended EMU and Oakland U and taught English and French for many years. She has published poetry, essays and professional articles. NOLA Gals is her first novel. She is past-president of the Michigan Council of English Teachers. She loves to travel, especially to London where her record for seeing theatre is nine plays in ten days.